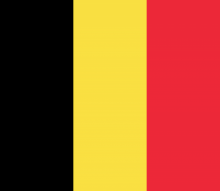 Europe has been one of the the worst affected region of the world as a whole..  if for a while we do not consider United States, being a special case.. an outlier in statistical terms..

Morover, Europe was the first to bear the brunt of the outbreak. With the exception of Germany all top countries  had rampant COVID-19 cases and ensuing deaths during March-April 2020.. Italy, France, Spain, United Kingdom and even Belgium suffered a good deal.. These European countries have got a break away from the clutches of virus for sometime now..

It was a late entry for Russia but then the number of cases multiplied over late May and mid-June, so much so that it stands third after US and Brazil.. Russia has probably seen much lower number of deaths than other European centres..

The top European countries are summarised in the continent view for Europe .. The data for all the countries may not be up to date.. My sources have been CNN, Worldometer and some European newspapers and websites..